MCN and Program Board Presents: Überfest, this Monday!

The George Mason University Program Board Film Committee and Mason Cable Network bring you the Twelfth Annual Über Film Festival. Überfest is an event that allows students to demonstrate their ability and creativity in film and visual media, as well as share in t

he promotion of film as creative expression. This event be on Monday April 23rd, starting with a reception at 7:00 followed by the free screening of all the submissions at 7:30. Over $1000 in awards will be given to student filmmakers, including Best Picture, Viewer’s Choice, and the MCN Geo Award for the winning submission in the Spring Break Film Challenge. It will be a red carpet event complete with filmmaker interviews and mocktails. Program Board contact: Ann Marie DeLury (pbfilm@masonlive.gmu.edu) 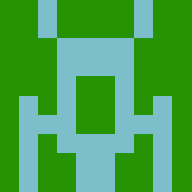