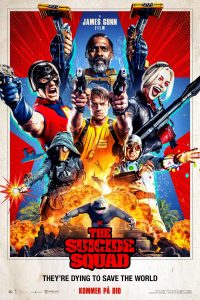 When Suicide Squad (2016) was released, the whole world, including me, was eagerly anticipating what looked like a manic and colorful adventure with a stellar cast. So, when it ended up being an absolute dumpster fire, it was only natural that Warner Bros. would try to make another one. However, this time director/writer James Gunn (Guardians of the Galaxy) is at the helm, which may be why “The Suicide Squad” is everything fans could have possibly wanted and more. It not only provides the R-rated pandemonium that the first film failed to deliver upon, but it also has a devilishly hilarious sense of humor and a beating heart that invests viewers in every single character.

From the very first action scene, Gunn lets fans know that the movie is entirely different from every other superhero movie. I won’t give anything away, but the tone Gunn sets for this film is one of over-the-top violence, dark and borderline-offensive humor, and grand risk-taking from a story perspective. From there, the incredible cast takes us into a high-stakes (and highly unethical) adventure involving international espionage, broken hearts and aliens. Not one member of this incredible ensemble falls short, unlike the last Suicide Squad where Will Smith and Margot Robbie were the only good performances. Idris Elba is given the leading superhero role he’s always deserved, and he predictably crushes it. Same with John Cena, who plays off of Elba in a manner that I could have watched for days. Margot Robbie as Harley Quinn is the best she has ever been in the role, managing to be funnier than ever before while maintaining the unhinged charm of the last two films. However, the real breakout performance to me was Deniela Melchior as Ratcatcher 2, a character who is the heart and soul of this film and has the most emotionally affecting scenes in the film.

Not one plot point felt out of place to me for the entire runtime. Perhaps this is partially because the entire point of the story is the mania and madness, but I credit it to Gunn’s amazing screenplay, which builds the story in a fresh, yet familiar fashion. The final fight scene is one of my personal favorites in any superhero movie due to the jaw-dropping visual effects and the high-stakes tension Gunn maintains throughout. There are times where it felt like a Godzilla movie on shrooms, and I couldn’t have had any more fun watching it.

“The Suicide Squad” is the unhinged superhero saga fans were craving in 2016, and now that we finally have it, I couldn’t be more satisfied. Other than a couple jokes that won’t be for everyone, the film never misfires on any aspect of the movie that is integral to its success, which is rare to see in big-budget superhero filmmaking. “The Suicide Squad” is a breath of fresh air, and I would take a ride into this world many more times with Gunn at the steering wheel. 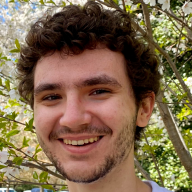