On Monday November 5th, Governor Romney made a campaign rally stop on the Fairfax campus. WGMU’s General Manager Storm Paglia was at the rally and recorded the full event. Audio is posted below.

For a full breakdown and story of the rally at the Patriot Center check out the story on MasonVotes here: http://masonvotes.gmu.edu/?p=3426

Audio of the FULL EVENT: 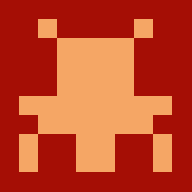 Storm Paglia is the General Manager of George Mason University's WGMU Radio, a division of the Office of Student Media.