On Friday November 18 of 2022 synth-pop duo Magdalena Bay played at 9:30 Club in D.C. with New York pop artist Bayli as their opener. Though Magdalena Bay’s singer, Mica Tenenbaum, had lost her voice right before the D.C. show, the duo performed a high-energy set with no hesitation. With trippy visuals, fan-submitted secrets, and an AI presence gaining a new robotic body, the show was fascinating, exciting, and showcased exactly the type of effort that fans expect from Magdalena Bay.

Pictured below is Tenenbaum in a rabbit mask while performing “Follow the Leader,” an example of the stunning backing visuals, the body of AI presence Chaeri, and my friend and I with the other half/producer of the duo, Matthew Levin. 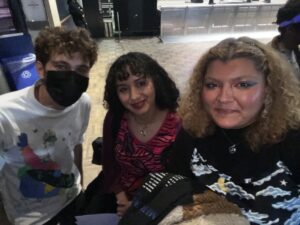 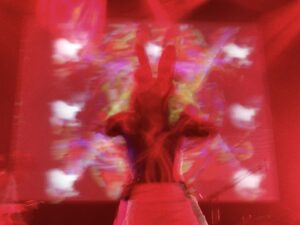 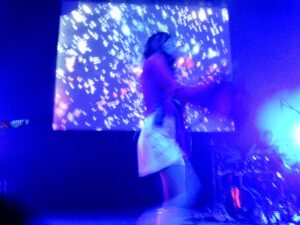 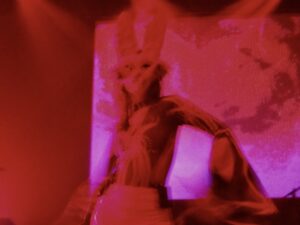 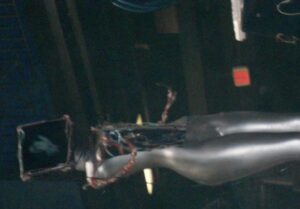