By Tyler Mandell | Top Tracks: hover like a GODDESS, No Control, <Coping Mechanism> 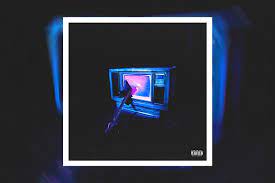 if her music isn’t always up to par. Her music career has gained a large cult following due to her becoming the face of the 2020s pop-punk revival movement, spearheaded by her and other artists like Machine Gun Kelly. It’s especially impressive considering her music started off with a silly novelty single with the infamous “Whip My Hair”).

Yet at the same time, while she shows tremendous promise in her recent musical endeavors, she’s always left me unfulfilled even if her star continues to rise. Her earlier album from last year, Lately I Feel Everything, has some wonderful and ambitious moments (I.e., the lead single “Transparent Soul”) that feel inspired and edgy, but a lot of the album also felt underdeveloped and half-baked, especially with its short runtime of under half an hour. Despite that, I was still invested in Willow’s career and how she would grow as an artist, as that album was only her first time doing alternative rock. With her newest album, the annoying titled

<COPINGMECHANISM>, it sees her adding early 2000s alternative metal influences of the likes of Deftones and Evanescence. And while this new album fixes some of the shortcomings of her earlier album, it still feels underdeveloped and flawed in a way that left me disappointed.

It’s a bit difficult to talk about all the songs here because most of them have either the same positives or the same negatives. The backing band she’s working with here is great and gives her a lot of support, with a lot of the songs having killer drumming or heavy guitar riffs. Willow herself has improved in certain aspects, such as her vocals and songwriting, even if they can be quite inconsistent. She’s one of the most expressive mainstream vocalists in rock right now, with her vocals easily going from soft to raw and emotional. She has an impressive range and shows a lot of personality. The songwriting isn’t great, but I think Willow is getting a lot better at opening herself up in her writing without it seeming corny or shallow (though not all the time).

One of my favorite songs here is “No Control” which I’d say is the emotional centerpiece of the album, with Willow lamenting over the breakup of a past girlfriend. The lyrics are well-written and everything else about it from the vocal performance to the production is solid – it reminds me of a lot of downbeat 90s indie rock or even the Midwest emo scene from the same time. For the most part, I preferred when Willow was improving on the sound of Lately I Feel Everything as opposed to trying out alt-metal. The second single, “Hover Like a Goddess”, is a great piece of dance-punk that’s infectiously energetic and rambunctious, as well as being reminiscent of older post-punk songs such as “Damaged Goods” by Gang of Four.

This may come down to my personal taste, but I feel as if trying to expand into a metal direction may have been a mistake for Willow to try on this album. Not to say it completely sinks the record, but she seems to have a habit of genre hopping for every album that restricts her from really sharpening her sound. A large part of the issue comes from the vocals which tend to be influenced by a harsh, almost screamo-influenced sound at times and this may be my personal taste but most of it sounds inexperienced: The lead single “<maybe> it’s my fault” has great production and vocals otherwise but the main chorus where Willow really belts out just feels forced and kills the energy of what could’ve been a good song. Her collab with Yves Tumor, “Perfectly Not Close to Me”, has Willow trying to be very raw and emotional with her vocals but they come across as screechy and annoying. The song is also too short to leave much of an impression, which some songs here also have the issue of (“ur a <stranger>”).

I did like a couple of the metal-inspired songs though: my favorite of them was the title track, which can be criticized for leaning too much on its Evanescence influence but it’s still wonderfully angsty and the riffs, pulsating drumming, and Willow’s performance really carry it. While their songwriting can be a bit too derivative, I also liked the songs “WHY?” and “BATSHIT!”, both of which have an energetic classic-punk energy and vocal performances that work in their favor. The songs I haven’t mentioned (“curious / furious”, “Split”, and “Falling Endlessly”) generally have the same issues: the verses on them are well performed and have

The album is just generally a mixed bag, though some of it might not be entirely my thing. You might really love Willow’s influences and the early 2000s alt rock/metal sound, especially considering how rave the reviews for the album have been, and especially for “<maybe> it’s my fault” which I was mostly dismissive of it. Either way, I think Willow Smith is one of the most ambitious and talented young musicians working today and I’m still totally invested in seeing where her career goes after this. Her work bleeds with a lot of potential that isn’t always as realized as it could be, and it’s really a shame because of how promising her work is. Still, I’m sure she’ll make a classic album one day.