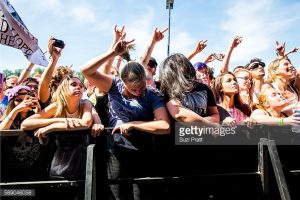 Warped Tour 2017 is about to be upon us, and the internet is raging about it. Warped tour is the longest running touring music festival in North America, beginning in 1995. It is also the largest touring festival in the United States, with this year having forty-one stops, not including the Rewind at Sea event. For this year’s tour, huge companies including Journeys, Monster Energy, and Music Save Lives are sponsors. Major bands such as Neck Deep, Counterparts, and Bowling for Soup are in the recently announced lineup as well as eighty-seven other bands playing. The lineup was announced via webcast on March 22nd, 2017, and ever since then, ticket prices are going up as well as the tickets being sold out themselves. Ticket prices range greatly depending on the venue, which is a concern if you live in an expensive ticket state such as California and you want to see your favorite bands. This shows that fans of the festival largely approve of this year’s lineup, which is a change from last year’s slightly negative reviews. If you want to check out the full lineup, tour dates, and links to the venues with ticket pricing, go to the Warped Tour website: http://vanswarpedtour.com/