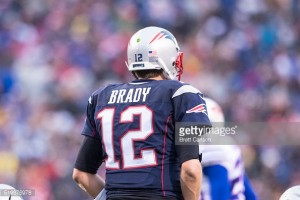 As we approach Week 10, we have officially passed the halfway point in the season. Teams have, for the most part, molded into their individual identities and it is easier to see what they can contribute this season. I find it helpful to give some awards away to the teams based on their production so far, or lack thereof.

The first award will be for Worst Team of The Year, essentially serving as the equivalent to a Razzie. This one has a lot of competitors for it, as there are many teams with so many abysmal performances throughout the season so far. The Jets have only eked out a couple of wins when predictions before the season said they would be 2nd in the AFC East. The 49ers have had a lot of press, but little success, the Jaguars continue to be awful, and the Bears have a lot going wrong at quarterback. That said, there is no doubt in my mind this award has to go to the Cleveland Browns. This team is the epitome of mismanagement, where talent goes to die and good draft picks eventually turn into symbols of a missed opportunity to be more successful. The good news, they are consistent. The bad news, they are consistently bad at nearly everything.

The next award goes to Biggest Underperformer of The Year. This award is basically to a team that has a reason or many reasons to be great, but just can’t manage to be successful. Again, there are some teams that could definitely win this award. The Bengals just haven’t replicated the upward momentum of the last 3 years, the Chargers have a losing record because of repugnant 4th quarter play, and the Packers have Aaron Rodgers playing less like an MVP and more like a DUD. However, this award must go to the Panthers. This team isn’t having a Super Bowl hangover; it’s having a Super Bowl coma. The other NFC South teams are looking to pull the plug and keep them in last place in the division.

Next, there is Biggest Overperformer of The Year. This goes to the team that has reasons to not be successful, but have shocked many in the sports realm with sustained success. There are a couple of teams that could make a good claim to this. This includes the Eagles, which people didn’t initially see as improving much from last season, and the Rams, which have a losing record, but have shown flashes of potential and competitiveness. The team that has overperformed to the highest degree however would have to be the Vikings. It simply can’t be stressed how shocking their success has been. They are leading the NFC North after having their starting quarterback and all-star running back go down early in the season. This could be the dawn of an era of high performance by the Vikings in the NFC North.

Lastly, the next award is Best Team Overall. The team that gets this is just the best team top to bottom in all of football and there are three exceptional teams that I believe deserve to be mentioned. The Raiders were mentioned early in the season as having potential to be great this season, but I was hesitant since I have heard this many times. Their offensive production is insane, their offensive line knows how to be tough and physical, and this team could win the AFC West over the solid Chiefs and the thoroughly talented Broncos. The Cowboys have shown me something new in their rookie quarterback, Dak Prescott. Their rookie running back, Ezekiel Elliott is one of the best runners in all of the NFL, and their offensive line is a core reason to all their success. However, the Raiders have serious questions to answer on defense and I don’t know for certain that Dak might get pulled for Tony Romo sometime in this season. These are liabilities that could seriously hinder any team and I just don’t think that these unanswered questions can lead to a Super Bowl ring. Therefore, I think the best team in all of the NFL right now with the least amount of problems and the most talent from top to bottom is the New England Patriots. This season has been great already for Tom Brady as he seeks revenge. The early part of the season went surprisingly well, as the only loss came at the hands of a surprisingly resurgent Buffalo Bills team. Tom Brady has some of the best offensive weapons in all of football and with his raw talent that could qualify him as a top-10 all time QB, it’s easy to see how the New England Patriots could dominate underperforming AFC teams in the playoffs, get to the Super Bowl and win another ring.