Tuesday, January 24, 2012 I was able to see two of my favorite bands at the 9:30 Club.  Just weeks after seeing Hit the Lights in November it was announced that Hit the Lights and Sparks the Rescue would be going on tour with Like Moths to Flames, and headliner Destroy Rebuild Until God Shows (D.R.U.G.S).  I was jumping around my house because HTL and STR make my little world go round.  D.R.U.G.S.’ front man Craig Owens is one of those band boys who’s nearly everyone’s dream.  Owens was the former lead vocalist of Chiodos.  He is the poster boy for this type of music, boys praise him and girls get weak at the knees.

What’s good about the 9:30 club is that the set list for the upcoming concert is posted on line.  So you know beforehand what time your band(s) will be on and you don’t have to listen to bands you don’t like.  I was primarily at the show for STR and HTL, however My Arcadia was the first act and they have recently followed me on Twitter and were tweeting at me.  I found out I missed them and tweeted them my apologies.  Every fan wants to know that they’re appreciated (even though I’ve never listened to this band before) but it felt like I was appreciated.  My Arcadia’s last night on the tour was in Charlotte, North Carolina, they will be rejoining the tour for the last date.

I walk into the 9:30 club as the next set begins.  It was pretty decent.  I would characterize them as a hardcore band from Chicago, Action Blast (band name could use work but they’re fun and the band is very diverse).  The band was very energetic and the lead singer’s voice rocked.  What caught my attention the most was either the guitarist or bassist wearing this Michael Jordan Chicago Bulls jersey and he had the most colorful sleeves.  As I’m waiting for Sparks to take the stage I turn around and see Craig Owens just hanging out and then the crowd swarms him.  Obviously this was my chance to get a picture and have my concert bag signed.  Mission accomplished.

Sparks takes the stage and I make my way from the back of the crowd (it was still early/there were probably only 400 at the show) to the front and put the purse down so I could dance.  Alex Roy always puts on an excellent show he’s like a mixture of Gabe Saporta (Cobra  Starship/Midtown) and Adam Lazzara (Taking Back Sunday).  He swings that microphone around his neck and has some funk dance moves as he sings his heart old.  Being that I was fortunate to see Sparks twice last year the set list was nearly identical.  My mind was BLOWN from this show’s set list.  There were older songs and the usual favorite/popular songs were not performed.  I liked the change of pace even though I wished other songs were played.  All in all it was all still worth it, just a surprise.  I was able to meet Alex Roy after the set and get another picture.

Like Moths to Flames followed Sparks the Rescue.  I had never heard a thing by them, and at this time I was tired and went to my usual spot to wait for Hit the Lights to come on with hopes of meeting the band up there.  The top right corner of the balcony my friends is where you’ll meet all your favorite artists.  The whole band was up there, I have history with lead singer Nick Thompson we’ve met before and we tweet back and forth all the time, we chatted a little and got our picture.  I spent the entire Like Moths to Flames set up there.  I wasn’t amused or entertained.  Sometimes you go to shows and discover new music that you wish you knew the words to.  Not in this circumstance.  I sat around; talked to this girl I became friends with, and went down to the pic to get a good spot for Hit the Lights.

Alternative Press began streaming Hit the Lights’ new album Invicta the day before the show.  A few singles had already been slowly released over the past few months.  HTL’s first full length album in years will be released Tuesday January 31, 2012.  I made my way further and further up front, first to second row depending on where I decided to jump during the song.  I went nuts.  There were a few of us HTL fans, I heard people saying “They like this band this much?”  In my head I was just like, “YES.” Like I said the last time I saw them, I act like a boy.  I’m in my little skirt, tights, and boots with a 20 pound tote bag.  There was an excellent variety of new, old, and older songs.  Old songs were played at this show with them as the opener when it wasn’t on their headlining tour like “Coast to Coast,” which I’ve been playing on repeat for days.  The energy from the crowd and Nick were at high levels as always.  A bit too high, this group of friends kept starting a mosh pit that I would get caught up in for a few seconds then I make my way back up and push the boys away.  During the last song, “Bodybag,” the crowd got nuts I was jumping around on top of people and this guy got into a physical fight with a much younger girl.  They were both pulled out and Nick commented on the situation at the end of the set.

Unfortunately I was unable to see Craig Owens work his magic.  I’ve heard that D.R.U.G.S.’ live performances aren’t all that good.  I suppose I’ll have to wait until next time.  Regardless I left feeling completely accomplished in having a good time. 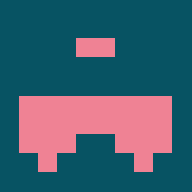