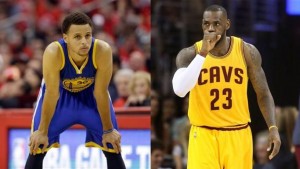 So, Lebron James is known as the best player in the NBA right now. He deserves that praise because he can do it all. He can score, pass, rebound, and play defense. If I were starting a basketball team, Lebron would be the first person that I pick up.

However, Mr. James cannot be the best but for so long. If you all didn’t know, he will be 31 this year. We can’t call him Grandpa James, but we also can’t call him a spring chicken. With that being said, King James’ crown of being the best in the game is about to be someone else’s.

So who could it be? Well, let’s go through the list of players who could take over as the best in the game. Russell Westbrook could be the best, but it will be hard to say that with Kevin Durant in town. Speaking of Kevin Durant, he is a phenomenal player, but it’s too much of a two-man show with him and Westbrook.

Personally, I like Anthony Davis to ascend as the best player in the NBA, but he is too young. By the way, who is on Pelicans’ team? I have a better chance of naming chemical elements from the periodic table than naming players on that team. But let’s get back to the question at hand of who can dethrone King James.

There is one more player who has an opportunity to dethrone King James as the best player in the NBA. That man is Stephen Curry for the Golden State Warriors. Mark Jackson is spot on when he says this: “Hand down, man down. Mama, there goes that boy.” He says this every time a person is scoring with ease.

Well, Curry scores with ease all the time. He can shoot the 3-point shot better than everyone in the league. He is also the league’s leading scorer so far in the season. According to ESPN.com, Curry is averaging 32.4 points per game.

So, how can he dethrone King James? Well, if he keeps this pace going, he will be voted as the MVP of the league for the two years in a row. Let’s not forget that he is simply carrying this team. One could argue that Lebron has more talent with him at the end of the day.

Lebron has Kyrie Irving and Kevin Love playing with him. All three of those guys are among the best of their position. Yes, I know that Irving is injured, but he will be back. Curry does not have anyone playing with him that is close to that caliber.

Okay, Klay Thompson is a good player, but he is not great. He is an up-and-comer. So far, this season, Curry has put his team on his back. Name me another superstar on the Warriors. Don’t worry, I’ll wait.

Overall, Curry needs to continue to play at this level and carry this team to dethrone King James.