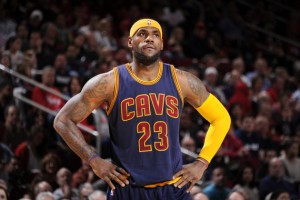 With Saturday Night’s win vs the LeBron-less Cavaliers, the Miami Heat took over sole possession of the Eastern Conference’s number one seed almost a quarter ways into the 15’/16’ season.  Now it’s early, but the Heat have shown signs that they have the capability of challenging the Cavaliers for Eastern Conference supremacy.  How did the Heat manage to re-build their so quickly after losing arguably the ‘best player in the world’?

As we all know, LeBron James left the Miami Heat in the summer of 2014, after 4 years of dominance that led to 4 straight trips to the Finals and 2 titles. Although the Heat were able to retain 2 out of their then ‘Big 3’, Dwyane Wade and Chris Bosh, the Heat failed to make the playoffs in the 1st season of the post-LeBron era. Last year was the first time the Heat failed to make the playoffs in 6 years (2008). Following that season, Mr. Heat him self and future hall of famer, Dwyane Wade, became a free agent in the summer of 2015.  For a stretch in that summer, all Heat fans were cringing because it wasn’t a foregone conclusion that Wade was going to re-sign with the team that he’s spent his entire 12 year career with. But have no fear, Pat Riley is here.

The Heat missing the playoffs last year, may have been a blessing in disguise. It allowed the Heat’s President of Basketball Operations, Pat Riley and company to rebuild the team properly. The Heat ultimately re-signed Wade to a 1-year $20 million contract in the summer of 2015. Pat Riley’s ‘godfather’ like mystique and greatness, convinced  key 2014 mid-season trade acquisition, point guard Goran Dragic, to sign a 5-year $90 contract with the Heat that same summer. Veteran and former all-star winger, Luol Deng, opted into his Heat option contract. Mix in signed free agent, ultra-athletic scoring winger, Gerald Green, and the Heats 2015 1st round steal of the draft pick, Duke’s Justise Winslow, now you add the proper supporting cast for All-Star leaders Wade and Bosh.  Let’s not forget the surprise of the 14’/15’ season and emerging force, Center Hassan Whiteside, who may be the Heat’s most dominant big man since Shaq. So with an All-Star caliber starting 5 and a strong bench, it looked like the Heat were ready to finally move on from the LeBron James era coming into the 15’/16’ season.

Coming into the 15’/16’ NBA season, most experts were predicting the Heat to finish as top 4 seed in the Eastern Conference and possibly make some noise in the postseason. But, people still had their doubts if they could legitimately challenge the Cavs. We all know that the Heat’s success mostly relies on Wade’s health, who’s had a history of injury problems his entire career. But, with Wade having a full summer to train, taking on that 30-day challenge workout program, he’s looked great and injury-free in the first 18 games of the season. If this continues and the Heat continue to build chemistry with their new squad, there should be no doubt that the Heat will creep into title contenders by postseason time. With experienced leaders in 3-time champion and former Finals MVP, Dwyane Wade, and 2-time champion Chris Bosh, the Heat have the leaders surrounding this team necessary to do just that.