Four Reasons the Washington Redskins Will Win the NFC East 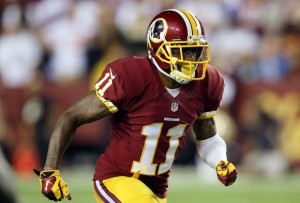 Is it just me or is the NFC East always delivers on being the most consistently inconsistent division in the National Football League? One week, the New York Giants were in first place. Then all of a sudden, the team predicted to finish last in the division in the Redskins, are now on top? It is hard to believe that a team with immense off season drama could have this type of reaction. Regardless of the quarterback drama and the injuries, the Redskins are in first place, and they are only team who looks like they want it. Here are the four reasons the Redskins win the NFC East. 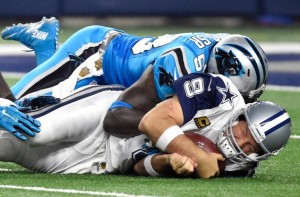 Tony Romo was diagnosed with a hairline fracture to his left clavicle and is out for the season. Time to draft a new quarterback, Jerry. Had the four-time pro-bowler remained healthy, Dallas may have had a chance in making the greatest comeback to win the NFC East. The offensive line is stout, but Darren Mcfadden is no Demarco Murray.

That being said, no Romo, no playoffs for the Cowboys. This bodes well for the Redskins as they will play Dallas without Romo twice to end the season. So for back-up quarterback Matt Cassel, now is his time to shine. 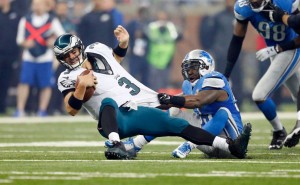 Terrible drafting the last two years under Chip Kelly. With Kelly in the hot seat and Mark Sanchez leading the team, this Eagles team is not one any team should fear. The unsteady running game in addition to having no wide-outs to throw to, the author of the “Butt Fumble,” is bound to turn the ball over.

There is no offense, keeping the defense on the field for far too long. Chip Kelly may want his offense to run a certain way, but he does not have the weapons needed to execute his game plan. Along with Dallas, it may be time to start scouting quarterbacks in the upcoming draft. If Eagles fans have their way, a new head coach in addition to a new quarterback may well be on the horizon. 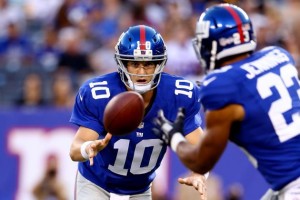 If there is a team that fully embodies the NfC East, it’s the New York Giants. The consistent inconsistency just cost them the division. In a must win game, the only team with a Super Bowl winning quarterback, were sloppy. Dropping passes and giving up on routes leading to interceptions were the killers.

The Giants looked as if they just didn’t want to win the NFC East after a lackluster performance. New York will play against New England and almost knock them off, only to fall to division rivals the following week. Eli Manning has had an impressive statistical year, but the conviction to win the games he should win, just is not consistent enough to win this division this season.

Three months ago everyone had already given up on this team. Then, Kirk Cousins was finally given the chance to lead this team. It’s December now and Cousins has the Redskins in first place.

Having DeShean Jackson back has given his quarterback a deep threat, which seems to pay off against the Giants. The running game stepped up when called upon. Cousins looks comfortable. As I keep telling Redskins fans, Captain Kirk is the right man for the job, even next season. This young team is only a few draft picks away from becoming an elite team in the NFL.

The defense played well against a good offense. A couple lucky deflected throws allowed the Redskins to keep the Giants from scoring early on. This defense has seemed to found its form once again since the start if the season.

Bottom line, the team is playing as a unit. And with an easy schedule remaining, the only team to take the division from Washington, is the Redskins themselves. When they win the division, we will finally see what Captain Kirk has to offer for the future of the Washington Redskins.