In association with Mason Cable Network, WGMU is producing the 3rd installment of the Intimate Concert Series. Acoustic performer and songwriter Shelby Blondell will be performing on Friday, March 30th from 7-9PM in the Side Pocket of SUB II.

With an eclectic source of influences, Blondell does not restrict herself to merely one genre of music. Her wide range of lyrical and rhythmic sounds is guaranteed to entertain a variety of musical fans. At such a young age, Blondell is already  a multi talented artist as she writes and performs both her lyrics and music.

The concert will feature a live performance as well as interaction with Blondell herself. Show up for a chance to hear great music and wine prizes! 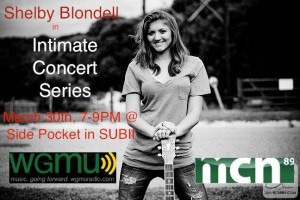 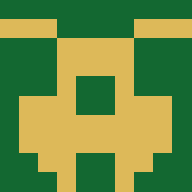