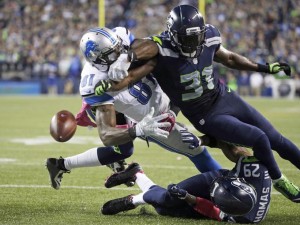 From a rule no one knew about, to the Atlanta Falcons going 4-0 and my AFC East pick falling into a hot mess. The AFC South is currently in a state ofemergency. The reason? TheJacksonville Jaguars are contending. Need I say more? It is safe to say that there was a lot to be learned in week four.

In the first edition of “The Box Score,” Jason Brightman and I made bold predictions for the 2015-16 NFL season.  I decided to go bolder where no man has gone before and predicted that the Miami Dolphins would win the AFC East.

Yes it is true. But it is called a bold prediction for a reason. Coming into this season, I believed Miami had made the necessary off- season acquisitions to challenge the Super Bowl champions in New England. Boy was I wrong. Did you watch the post game press conference with Ndamukong  Suh? It embodied the state of the Dolphins at the moment.

Not to mention Head Coach Joe Philbin was fired yesterday after an abysmal start to the season and London outing by his team. Speaking to Dolphin fans, they could not be happier. Some claimed that Philbin should have been fired prior to the start of the season.

Atlanta Falcons- When a team starts off the season 4-0, they statistically make the playoffs 83% of the time. This bodes well for Atlanta fans.

After an atrocious season last year, Matt Ryan and new Head Coach Dan Quinn look to have turned it around this year having gotten off to a 4-0 start to the season. The Falcons look to challenge divisional rivals in the Carolina Panthers who are also 4-0.

So are the Falcons the real deal? It sure seems that way at this point in the season. The running game is red hot, Julio Jones is proving to be worth every penny of the $71 million contract.

Look for the NFC South to be one of the divisions to watch towards the end of the season. Carolina and Atlanta are heading to a heated NFC South title race.

AFC South– I just mentioned how heated the NFC South will be, the opposite can be said for the AFC South division.

The Indianapolis Colts have looked mediocre at best so far this season and with Matt Hasselbeck under center, they barely scraped out a win against the Jacksonville Jaguars. Had it not been for THREE missed field goals by Jacksonville’s rookie kicker, Jason Myers, the Jaguars would be sitting pretty at the top of the division. To be fair though, Jacksonville is a better team than they were last year.

Moving on to the other side of the spectrum, the Houston Texans look as if they showed up to a final exam and forgot to study for it. It is panic time for Houston. Their defense cannot stop anyone through the air. This does not help that defensive line, led by J.J Watt get to the Quarterback by any means.

Speaking of Quarterbacks, the Texans would like to know if they can start a quarterback for more than two games at a time. This is what you get when you bring in two mediocre quarterbacks expecting them to be like Tom Brady. Both of which backed up the four time Super Bowl champion.

As of right now, the AFC South is looking like the AFC version of the NFC East.

Finally, this is why I wait till Tuesday to post what I learned because you just never know what Monday Night Football will teach you.

Rules: According to NFL vice president of officiating Dean Blandino, “You can’t bat the ball in either direction in the end zone.” Blandino told NFL Network Monday night. “K.J Wright batted the ball. That is a foul for an illegal bat.

But the official in the end zone didn’t see it that way. For most of us, myself included, it looked to be a undisputed game winning forced fumble. It was not until this morning when I read up on the morning headlines, did I find out that that was the wrong call.

Just as it looked as if the Detroit Lions were about to score the go ahead touchdown to get their first win of the season. My spider senses began to tingle as they approached the endzone. I could just feel something was about to happen. Then the cursed endzone in Seattle (ask a Packer fan), threw them a curveball. No touchdown. Lions start the season 0-4 after making the playoffs last year.