Check out the latest episode of The First Pick! 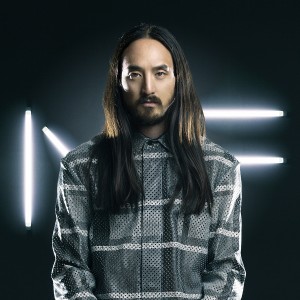 Grammy-nominated international producer and DJ Steve Aoki has been building on the success of his 2014 hit single “Delirious (Boneless).” Capitalizing on the success of his hit album Neon Future I, Aoki has transformed Neon Future into a way of life. Not only a way of thinking about the future, but about trying to prepare and sustain our future. At the same time, Aoki is doing something a lot of artists do not do anymore as he is releasing a sequel to his hit album titled Neon Future II out in May featuring hit single “I Love It When You Cry” featuring Moxie. Aoki is currently on his international Neon Future Experience Tour and will stop in Washington DC at Echostage on Saturday, March 21st.

WGMU’s Bro Patrol host Andrew Hood aka “Hoody” had the chance to interview Steve Aoki on his recent experiences on tour, his new album, and even some Star Wars. Tune into the Bro Patrol every Friday from 11am to 1pm for weird stories, interesting tidbits and of course the most fun to celebrate the weekend. Follow us @BroPatrolWGMU to stay in the info and see awesome insight into music, entertainment, and of course GMU.