What Did I Learn Week 1 of Football Season? 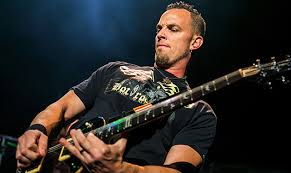 Mark Tremonti is a rock and metal artist, best known for his work as lead guitarist with 90s post-grunge band Creed, and current hard rock phenomenon Alter Bridge. He is also the frontman for his current solo project, Tremonti. They will be playing at Baltimore SoundStage on September 25th, and joined by Trivium.

DJ Matt Dotson, host of WGMU’s “Up To Eleven”, got the opportunity to interview Mark Tremonti and discuss his latest album “Cauterize”. They also spoke about Game of Thrones, Tremonti’s heavier musical influences, and his busy schedule with multiple projects. You can listen to “Up To Eleven” on Tuesday nights at 6:30, and hear Matt bring you the best in rock and metal music. Be sure to follow the show on Twitter at @Upto11_GMU for updates and live interaction during the show.