Lit&Live with Leon of Athens 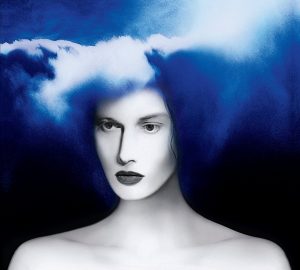 What did I just listen to? A crazy brain at work.

Jack White was losing interest and appeal over the past five years with consistently underwhelming and uninspired music, painfully awkward interviews, and comments that made the greatest guitarist of the 21st century come across as a jerk.

Lazaretto (2014), his last full-length solo album from 2014, is the worst thing he has released with “White” in the album artist’s name. After that he released a disappointing record with one of his bands, The Dead Weather. What ended up being his best song in this musically rough time period was the Beyoncé jammer “Don’t Hurt Yourself” – which, ironically enough, this is something White might have been thinking about if he kept releasing records at the quality he was.

So when there was news of Boarding House Reach (2018) coming through, the excitement wasn’t all that high. Then, he goes on to release perhaps his cheesiest and worst lead single ever, “Connected by Love.” Granted, it sounds a little better in the context of the record as a whole, but it made many afraid that Jack White was about to kill-or at least damage-his own legacy. Thankfully, that song and the album it’s on could not be any more different.

Boarding House Reach is Jack White’s most experimental album in his now 20 year career. It does so much intense and crazy s**t that there is no way someone could claim it was done by anyone else. I am not, by any means, saying it is a perfect record. Many of the tracks are nonsense spoken words. “Why Walk a Dog?” is about how dogs have made us the pet (Jack. Relax, bud.) In many ways it reminds me of Kanye West’s album The Life of Pablo. It jumps around, but also gives you little glimpses of the artist’s genius brain. A man who in the future will go down as one of 21st century’s most creative and inspiring forces.

The good songs here aren’t just good, they are crazy good. They grab you by the throat. He experiments heavily with funk, rap, and even classical sounds. The 1-2-3 punch centerpiece of “Hypermisophoniac”, “Ice Station Zebra”, and “Over and Over and Over” perhaps is the best string of three songs that Jack has ever put to record. The last two tracks on Boarding House Reach “What’s Done is Done” and “Humoresque” also stand out due to their slow tempos. These songs still explore new ground like the other tracks do, but more so by gently grabbing your hand.

It is a polarizing album, one that some will not like. If you want to hear some straight up garage rock anthems like “Fell in Love with a Girl” or “Seven Nation Army” you won’t find that here. However, you will find a complete album that with all of its flaws, at its core, is brilliant.