Lana Del Rey – “Norman f*cking Rockwell” By: Jesse Benitez Haven’t written much on music this week; could be ’cause I’m going through something I don’t realize, or maybe binging Never Have I Ever has …

Yves Tumor – “Kerosene!” By: Jesse Benitez I know I slacked a little these past few days by not keeping up with the “Track of the Day” posts, but I guarantee you, this song alone …

The Wombats – “Let’s Dance To Joy Division” By: Alexandria McAlpine Twice a year, I pick a song to represent my semester. Then, every time I hear that song, I’m transported back to taste the …

Sunni Colón – “Technicolor” By: Rhema Johnson Normally, I tend to play music from the playlists I’ve made, or stay at the top of my library, to hear the recent songs I’ve added when I …

at Jammn’ Java on January 15th 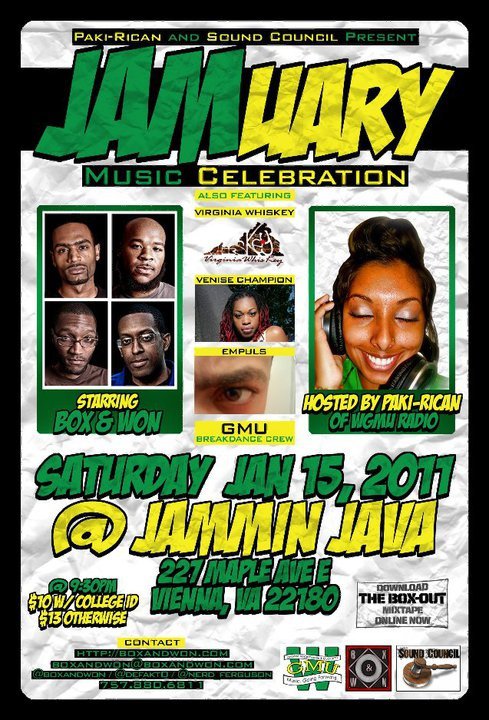 On Thursday December 9th Student Media will be celebrating George Mason’s 285th birthday. The event will be taking place in the SUB I Patriots Lounge from 10:30am-1:00pm. To help celebrate his birthday there will be an appearance by Gunston Hall’s George Mason along with President Merten and Tom Moncure.

All students are invited to attend the festivities throughout the day to wish the man who the University is named after a happy birthday. For more information regarding the event please contact Dan Waxman dwaxman@gmu.edu 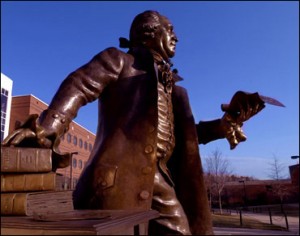 Call in to join the conversation at

“I Lost My Voice At That Show Last Night”

Still e-mai me if you want to be part of the show next semester!

Last week Aisha and I traveled to DC to interview J. Ivy, a hip-hop artist who puts emphasis on his lyrics and spoken poetry.  It was my first interview for WGMU, and I was incredibly nervous.  What if I forgot my questions?  What if J. Ivy wasn’t interested in talking with us?

But I shouldn’t have worried at all. J. Ivy is more than just a performer: he’s an artist with a heart and with a mission.  Easy to talk to and comfortable in his own skin, J. made Aisha and I feel more than welcome.    We chatted for almost an hour about J. Ivy’s inspiration, goals, and career as a musician and teacher.

As a kid, J. had plenty of experience writing— working on homework assignments and love letters to girls helped him develop his skills.  But J. never intended to pursue writing or performing as a career.  That all changed when an English teacher convinced him to appear in a school show.  He received a standing ovation after delivering his monologue; from that moment on he was hooked.  In college he wrote a girl a poem for Sweetest Day (a kind of second Valentine’s Day in October).  His English teacher liked it so much he suggested that J perform his work at an upcoming open mic.  J. quickly became a regular at performances on campus and became known as “the poet”.

When asked about his inspiration, J. answered that life—what is going on around and inside him—is what motivates him to write.  What is certain is that J’s uplifting music has inspired and touched many listeners.   One fan even emailed J. to tell him that his music had helped her overcome her drug addiction.  J. spoke with enthusiasm about a summer program in Aruba where he taught poetry to a small group of students.  At the end of the two-week camp his students performed alongside theatre, dance, fashion, and DJ students.  He is in the process of turning his Dream Big Foundation into the “J. Ivy Write to Live Academy”, an organization that will allow him to speak and hold workshops at different schools around the country.  He is already well on his way—before stopping in DC he took time to speak to the students at a charter school in Maryland.

J. Ivy comes from a musical family; his dad was a well-known DJ and his uncle a famous college band director.  He grew up in Chicago, a city he loves to perform in (especially at The House of Blues).  He acknowledged that Chicago-ians  are hard to please—with all the gifted artists located in the city,  you have to be really talented to stand out.  J. also loves performing in New Orleans and has spent some time in Nashville, where he learned about the importance of story-telling through country music.

We ended our conversation with Aisha’s signature question:  If you had to tattoo something on your forehead, what would it be?   J.’s response?  “God [in big letters across his forehead]… and peace, and truth, and love.”   It is clear that J. Ivy has his head (literally!) in the right place, a fact that his music makes more than apparent.

Don’t believe me?  Check out J. Ivy’s new CD, Here I Am at www.j-ivy.com .  And keep your eyes peeled—I wouldn’t be surprised if J. finds his way to campus sometime soon. 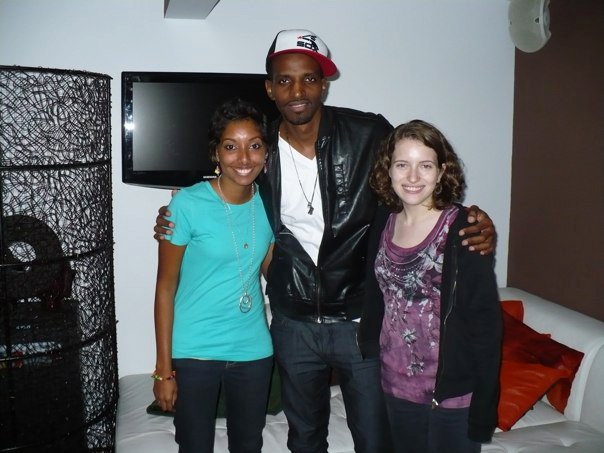 Join the International Engineering Group, WGMURadio, and Admissions for this amazing humanitarian event!

We want to raise money to help bring a few undergraduate students to a small village in Peru called Compone. A water storage is in need of repair.Compone is a village of around 1500 people in the high Andes mountains (12,000+ ft elevation) about 30 miles west of Cuzco. They have very little electricity (maybe 2-3 lights), and basic water. 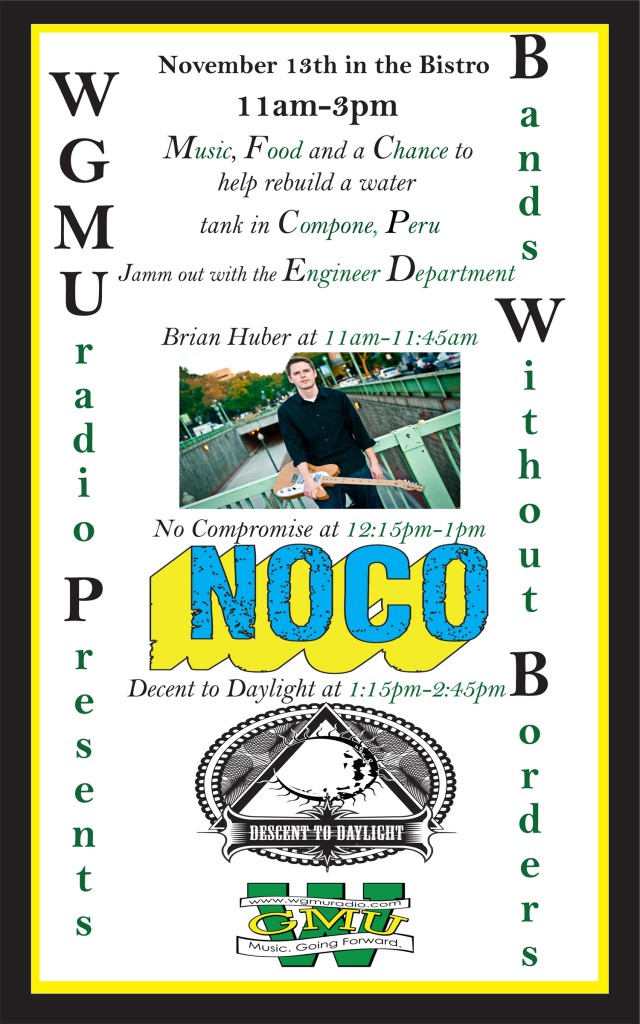 This is a free event open to anyone, but we recommend donations of $5. We will additionally be raffling of sylish Peruvian hats and scarves from Compone.

Jam’ out with us! 🙂 Please contact Aisha Hussain for more information: ahussai3@gmu.edu 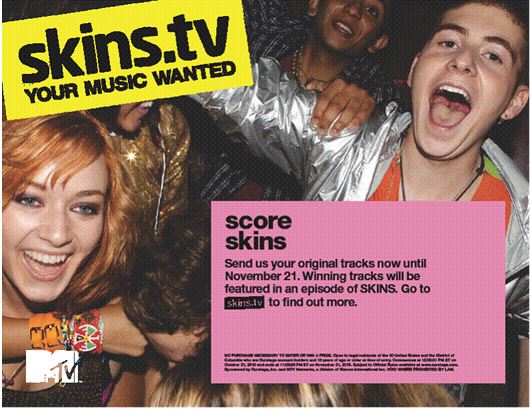 WGMU is now a part of the GoMason Digital Network, the official broadcasting and streaming platform for George Mason men’s and women’s basketball! This is huge for us at WGMU and for you the listener. As long as you have access to a computer and the Internet, you can hear all men’s and home women’s basketball games through the GoMason Digital Network! You can tune into every game at www.gomasonmobile.com and on WGMU.

As part of the new GoMason Digital Network, WGMU is very excited to continue to broadcast home women’s basketball games as we have done the past few years! The broadcast includes a pre-game show featuring an interview with a member of the coaching staff as well as a halftime segment. WGMU student broadcasters will be doing all of the color, play by play, announcing and engineering for the women’s games. Stay tuned for our schedule of broadcasts! 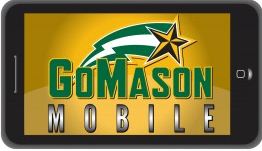 We offer free Public Service Announcements to on-campus organizations that are holding events to help boost their publicity, along with the ability for WGMU Radio to become a partner with your event or organization. The benefits of partnering with us include a wide array of possibilities from doing a live on-site broadcast, having one of our experienced broadcasters MC your event, utilizing our skillful staff help organize your event, provide music for it and etc.

We know you’re trying to give back to the Mason community, so we’re here to help! For more information contact Assistant Program Director, Richard Everett: reveret2@gmu.edu 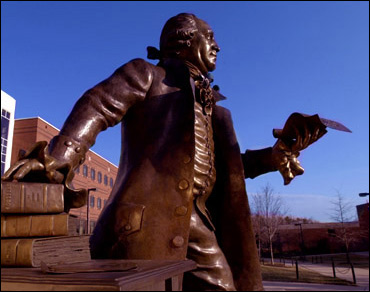 Welcome to WGMU new website and to a new year with the one and only college radio station of George Mason University.

We have A LOT of new stuff going on this year. Our new Local Music Director, Aisha Hussain is interviewing countless numbers of new and hot artists in the local DC area, our Music Director is working on incorporating the best of today’s music into our rotation and our promotional department has been revamped to get to the Mason community.

BIG NEWS: WGMU has acquired the contract to broadcast GMU’s NCAA Division I Men’s Basketball team! The station will be broadcasting every Men’s Basketball Game, along with all of the Women’s home games. We’re very excited! Stay tuned.

More with big news: The News Department is still getting fired up. Want to get involved? Contact News Director Ryan Huff: rhuff3@gmu.edu
If you ever want to get involved in general, contact Program Director Alex Romano: aromano3@gmu.edu

WGMU Radio is a division of the Office of Student Media and University Life of George Mason university.